ABOUT THE ACI WORLD CONGRESS

The prestigious 58th ACI World Congress will be held from 03rd to 05th October 2019 at the Grand Ballroom, The Hilton, Colombo, Sri Lanka. The congress is hosted by the Sri Lanka Forex Association (SLFA) affiliated to the ACI - The Financial markets Association. 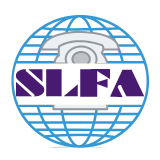 It is our great pleasure to welcome you to the ”ACI World Congress 2019” conference in Colombo, Sri Lanka. This global meeting will assemble thought leaders and experts in the fields who will broadly focus on areas of interest such as global markets, the latest trends in financial innovation and the current regulatory environment. The program will run over 3 days whilst the spouses of the delegates will be treated to sightseeing tours and day excursions to places of interest.

Colombo is the commercial capital of Sri Lanka and the country’s largest city. Sri Lanka as a country is blessed with an abundance of natural beauty in the form of fauna, flora, scenic hills and beaches. The country has been a trading nation as it has enjoyed its position as an Island nation nestled between major international trading routes for millennia. The country boasts of a history of which spices, precious stones, Elephants and Rice were exported to shores far and wide during medieval times and Coffee, Tea, Rubber, Coconut and Cinnamon were our major exports as a Colonial legacy. The administrative practices, laws, education system, city architecture and commercial practices bear the strong influences of the Portuguese, Dutch and the British who colonized the country during the past four centuries.

The onetime colonial trading outpost of Colombo will make its quantum leap into the 21 st century with the “Colombo International Financial City”(CIFC) which is currently under construction. The proposed CIFC is a specialized financial city having its own independent common law framework, global financial exchange and a tax-friendly regime.

It is our belief that given the rich history of our country as a trading post for over two thousand years, we are ideally suited to host a conference of this nature at this point in time. Our sincerest hope and expectation is that you will leave the program with a brand new worldview on emerging Asian economies, the ever changing financial landscape in general and fond memories of our Island nation.

We look forward to seeing you at the opening ceremony at hotel Hilton, Colombo on the 03rd of October 2019.

SEND US YOUR FEEDBACK

for Forex Sri Lanka | By 230 interactive

for Forex Sri Lanka | By 230 interactive